Osborne Industries is scheduled to exhibit at several conferences and tradeshows put on by state pork producer associations across the Midwest in January and February. The following infographic outlines each show location and Osborne’s booth number. We’d love to see you! 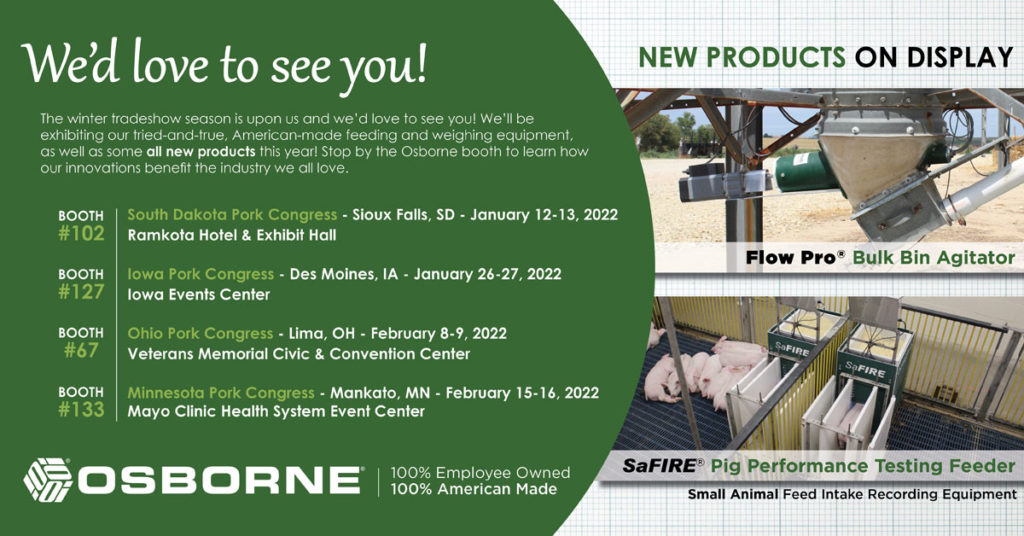